Introduction to a Prelude

No matter how long a piece of music may be, no matter what degree of Wagnerian distension it achieves, when you get down to the street-fighting level of note-by-note rhythmic activity, it is the small numbers that hold sway. It’s almost impossible to play a series of notes, or even to tap your finger on a tabletop, without implying a regular stress pattern — a meter — that marshals the steady pulse-train into small groups of two or three beats each. You don’t have to play every note on the beat, or to make each note one beat long, or to hit any particular timing mark with mechanical exactness, in order for the meter to be felt. Whether you accent it or downplay it, nurture it or abuse it, it’s always there — an abstraction, but one that seems integral to our appreciation of music and essential to its nature.

Regular meters in groups of two and three beats account for an enormous amount of musical literature, but for a further enormous amount you need to add compounding, in which the twos and threes are multiplied together to produce meters that have two subgroups of two pulses (common time), two subgroups of three pulses (6/8, or jig time), and so on. Although with two or three nested layers of meter one might expect otherwise, the readily discernible regularities of compound rhythms make them easy to follow while providing additional richness of texture. Dance music and blues often use 12/8 time, for example, with four (that is, two groups of two) main beats each subdivided into three. This threefold partition gives compound meters a characteristic lilt or flow.

To get rid of the flow, to lose the lilt, one need only turn from multiplication to addition. Instead of nesting the double and triple rhythms, simply concatenate them. Now we have five counts in each measure of music, or perhaps seven, and something that might be a problem, or might be an opportunity: the measure can no longer be split evenly because the number of beats is prime. Towards the end of the 19th century, the use of exotic time signatures became an exciting area for innovation. The audience’s expectation, conditioned by centuries of exposure to smoother meters, that music should be at least theoretically danceable, could be violated afresh in every single bar of five or seven beats. 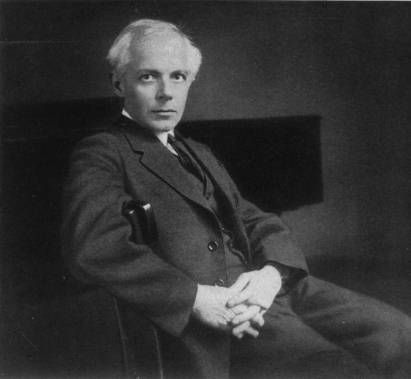 In the 20th century, ethnographically-minded composers like Béla Bartók found in Central European folk music a freedom with regard to meter that the classical tradition had formerly lacked. It even emerged that one could dance to some quite odd rhythms after all. As the century wore on, as recording and sound generating technology advanced, composers searched more and more feverishly to expose fresh novelties of rhythm, tonality, timbre and form. Walt blames insecurity for that.

I’m as insecure as anyone, but on average probably less ambitious. Prelude might be the only occasion on which I’ve meddled with the nature of time even to this extent, which is anyway so far from radical that it actually pulls the envelope. Still, it’s comforting to realize that if I’m ever looking for fresh musical frontiers, there remain a few prime numbers I haven’t yet tried.