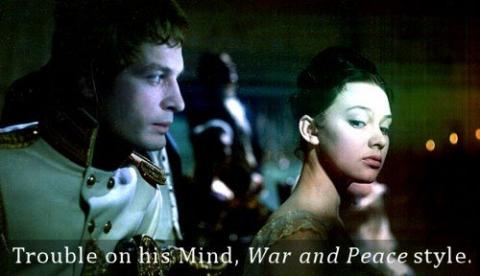 Today we release the video and sheet music for the third track on my Songs Sung Sideways album. In case you are among the roughly 7.25 billion potential site visitors who have not previously dropped by, the first two tracks were the ragtimey Just The Moon and the somewhat less readily pigeonholed Forgotten Dream.

Trouble On His Mind is an unabashed country blues. It doesn’t have much in common with either of the earlier two. It was written somewhat earlier, during the Great Flowering (inconsistently also called the Great Budding) of 2001 to 2003. Stylistically, it’s more nearly related to Alberta, the laid-back traditional tune I discussed a few days ago. The loping 12/8 rhythm gives it an end-of-the-night feel that movingly combines a strong sense of depression-on-principle with a tantalizing soupçon of habitual inebriation.

While many songs have no need to narrate anything, since their purposes lie elsewhere, those that do are up against it. The typical song of four or five minutes’ length doesn’t have enough time to tell a full story. It just isn’t possible. Take a look at War And Peace over there on your bookshelf, then look back with more sympathy at today’s song, which has just 12 lines of text to give its admittedly less overcomplicated account.

With such constraints, there’s obviously a lot you’re never going to find out. Will he — the man in the song — head off at once to pick up the person (massive spoiler alert) pictured in his wallet? What kind of truck does he drive, anyway? Will his ex have to call a cab?

The question then inevitably arises as to how much more the songwriter knows about the situation, the plot, and the feelings in the song than the song itself lets on to the audience. Does this handful of words simply scratch the surface of a much more detailed conception?

In the better class of narrative songs, such as I would want my songs to hang out with for character improvement purposes, the foreground glimpses have a vibrancy and individuality that allows the listener to infer, or at least accept the existence of, a unique underlying story — without any help from the songwriter about the specifics. The lyrics of such a song are like stepping stones across rivers supplied by listeners themselves.

Very deep rivers: deep and murky. However, it is only by considering such matters that one can hope to progress by degrees — some of them granted by leading universities — from semantics to systematics, from systematics to semiotics, and thence from blog, to bilge, to balderdash.